Researcher of the month:
Claudio Radaelli

Claudio Radaelli is Professor of Comparative Public Policy at the European University Institute’s School of Transnational Governance (Florence). He is also a long-time IGRI affiliate. Professor Radaelli’s research interests include the policy process of the European Union, the effects of EU policies on the Member States, the theory of policy learning, and the roles and usages of expertise and ideas in public policy and administration. As for specific policies, most of his work is on regulatory design and rule-making. He has trained policy-makers from more than 30 countries on regulatory reform and regulatory analysis tools.

Most recently, he and his co-authors, Claire Dunlop, Jonathan Kamkhaji, and Gaia Taffoni, have been coupling the IGT with the Narrative Policy Framework (NPF) to analyze consultation procedures in the European Commission, Finland, Ireland, and Malta. The whole ERC project Protego led by Professor Radaelli (with Claire Dunlop as Co-PI) is based on an IGT approach to measure the design of different rule-making tools in EU countries.

If you haven’t seen his presentation on this topic, you can find a video recording here.

Along with Guy Peters and other world-class political scientists, Professor Radaelli is the editor of the new International Review of Public Policy journal which “advances knowledge about public policy in different sectors, countries, and regions of the world.” He is a founding member of Science for Democracy. Professor Radaelli is passionate about nonviolence and has contributed to several campaigns for the right to know and the right to science.

In his spare time, Professor Radaelli is a heavy consumer of films and, even more so, music. Curiously for someone born in the city of the Teatro alla Scala, he does not like opera but indulges in prog, psychedelic, some strands of metal, electronic and ethnic music. He enjoys swimming and long walks. 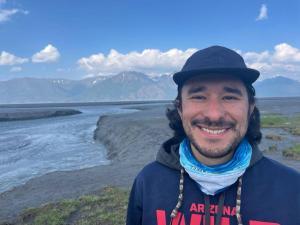 If you would like to join IGRI’s Listserv to receive notifications of upcoming seminars, workshops, training sessions, and other activities, please subscribe.

Manage Cookie Consent
To provide the best experiences, we use technologies like cookies to store and/or access device information. Consenting to these technologies will allow us to process data such as browsing behavior or unique IDs on this site. Not consenting or withdrawing consent, may adversely affect certain features and functions.
Manage options Manage services Manage vendors Read more about these purposes
View preferences
{title} {title} {title}